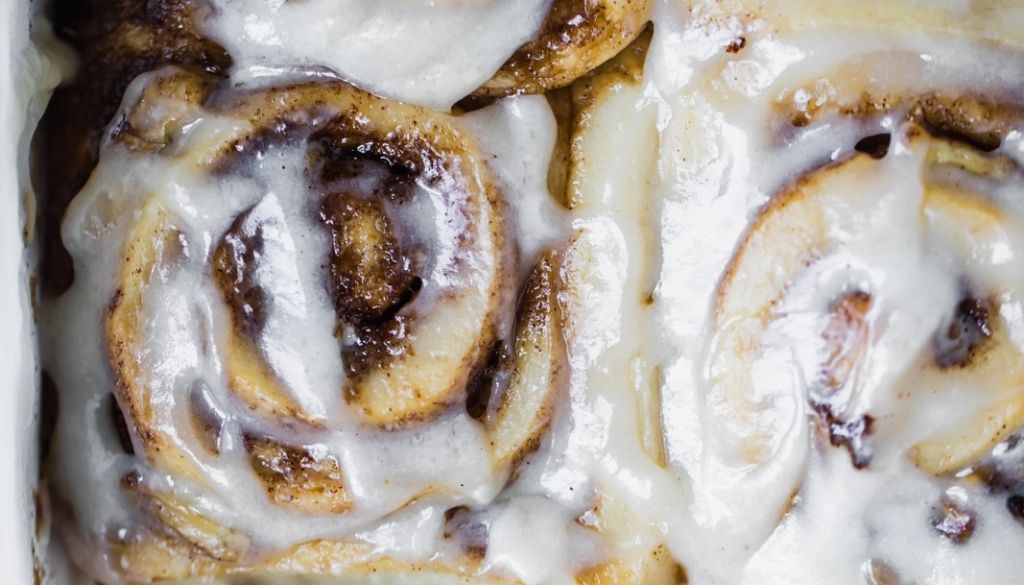 If you like a lot of frosting, double it!

*Feel free to use regular butter and cream cheese if you are not vegan or dairy free.

To make overnight cinnamon rolls: After rolling your banana bread cinnamon rolls up, cut them as directed, arrange in a pan lined with parchment paper, cover them with plastic wrap then place them in the fridge overnight. When you are ready to bake, bring the vegan cinnamon rolls to room temperature and let them rise for 45 minutes to 1 hour before baking as directed.

Clo-Clo Vegan Foods has a full collection of vegan recipes in our blog, all ready for you to try right at home. If you’re feeling creative, pick up Clo-Clo Vegan Crusts from a SPROUTS store near you or online at Amazon.com and go crazy with your own breakfast creation. Make sure to share on Facebook, we want to see!