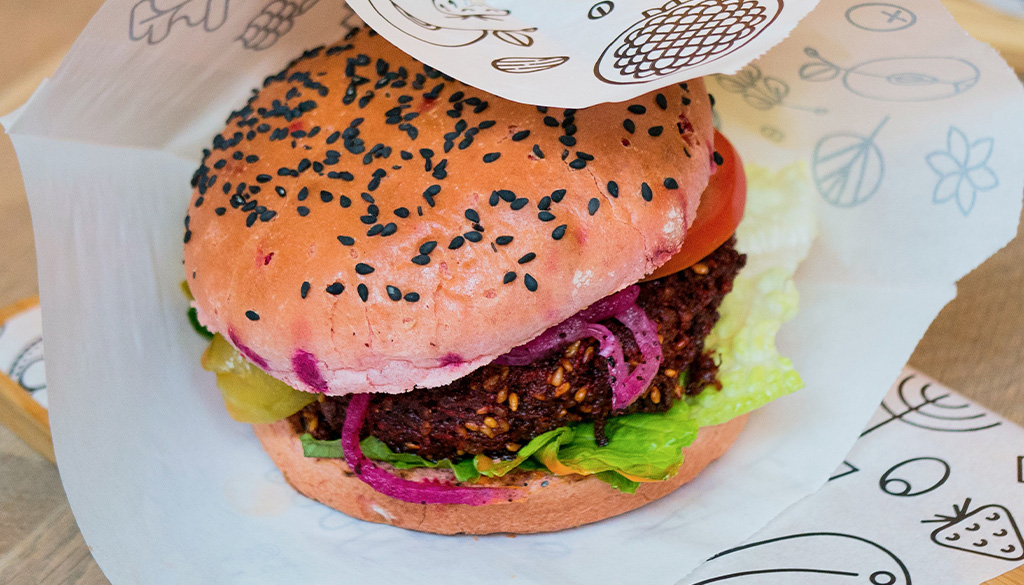 As more consumers turn to plant-based meat alternatives, a new study that swapped Beyond Meat for beef, pork, and chicken found that vegan meat products lowered some cardiovascular risk factors.

The small study published in the American Journal of Clinical Nutrition conducted by Stanford Medicine found that when participants swapped their protein from animal to plant-based meat, those participants saw a drop in LDL cholesterol, reduced TMAO levels, and in some cases, lost an average of two pounds.

“Among generally healthy adults, contrasting Plant with Animal intake, while keeping all other dietary components similar, the Plant products improved several cardiovascular disease risk factors, including TMAO; there were no adverse effects on risk factors from the Plant products,” the scientists concluded from the 36 participants.

The researchers conducted this as a 16-week crossover study, which splits participants into two groups for dietary interventions.

This study did not include a washout period, which would ordinarily provide a small break in between the intervention switch in which participants go back to eating like normal for a bit.

Participants’ levels of LDL cholesterol, sometimes referred to simply as “bad” cholesterol, dropped on average 10.8 milligrams per deciliter, which researchers found to be statistically significant.

The lead researcher Christopher Gardner, Ph.D., professor of medicine at the Stanford Prevention Research Center, said one of the main outcomes they looked to track was the levels of a molecule, trimethylamine N-oxide, or TMAO. TMAO has been linked to cardiovascular disease and Gardner called it “an emerging risk factor.”

The scientists found that TMAO levels were lower when participants were eating the plant-based meat diets.

“For the participants who had the plant-based diet first, during which they ate no meat, we basically made them vegetarians, and in so doing, may have inadvertently blunted their ability to make TMAO,” he said. “Whether this type of approach could be used as a strategy for decreasing cardiovascular disease risk remains to be seen.”

The real meat used during meat intervention was a combination of beef, pork, and chicken products. The beef product used 80% lean and 20% fat ground beef; while that is a common red meat product for most Americans, the meat itself had noticeably higher saturated fat per serving than did the plant-based “meat.”

ABC News medical unit resident Nate Wood, MD, explained that a comparison using 90-95% lean ground beef or other lean meat products may have provided different results for saturated fat that likely would not have been present.

The “swap meat study” was funded by an unrestricted gift from Beyond Meat and researchers used the company’s products to compare the health effects of meat with plant-based alternatives, however, Stanford Medicine said in a press release said that Beyond Meat was not involved in designing or conducting the study and did not participate in data analysis.

Additional funding for the research was provided by the National Institutes of Health.

Start with Clo-Clo’s Vegan Frozen Pizzas. We offer Cheese, Margherita, Meatless Italian Sausage, Meatless Pepperoni, Mediterranean, and plain pizza crusts for a build your own experience. Plus, our pizza is kid-approved…just ask Chloe! Find a SPROUTS store near you to purchase.